Ngarinyin, Worrorra and Wunambal are the three main languages of the North Kimberley language families. Despite frequent forced moves, the Mowanjum people never lost their connection to traditional lands, remaining a distinct cultural group. Despite this, the constant disruption and displacement of all three tribes has caused their languages to be considered critically endangered, alongside the knowledge contained within them.

After many years attending English language schools, the young Mowanjum people mainly speak English, although many understand words and phrases from their grandparents languages. Only a few elders who have the knowledge and expertise to pass on traditional techniques and language concerning the harvest and preparation of materials, alongside the cultural significance of these practices.

Mowanjum artists have identified themselves as being at a crucial juncture - traditional languages are the key to understanding how their ancestors thought and felt about the world, but few elders remain to pass this knowledge on. There is a great concern about the potential to lose this connection to language, culture and country. Ignoring this vital link to their heritage and customs would also be detrimental to the communities emotional and psychological health, as well as that of their arts practice.

In order to resolve this issue, Mowanjum Art and Culture Centre hosts a number of different language workshops, familiarising artists and arts workers with language that directly relates to art making processes, the use of traditional materials and how these tools can be applied to contemporary art making. 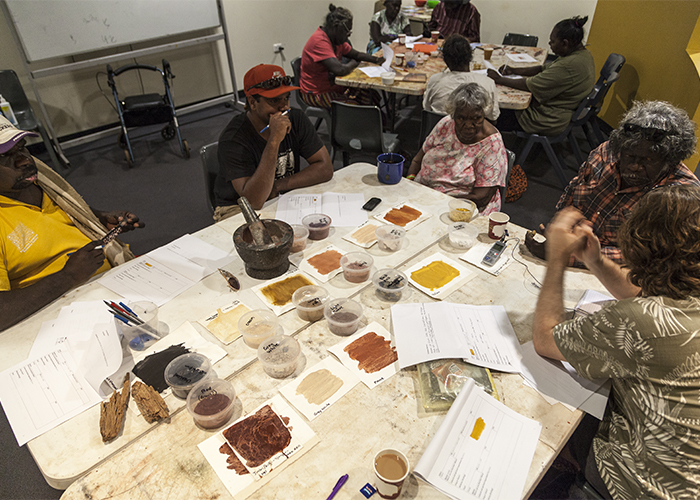 Linguists have proved that the 3 languages are genetically related (McGregor and Rumsey 2009) confirming scientifically what Aboriginal people of the North Kimberley always knew: that Ngarinyin, Worrorra and Wunambal are interconnected through beliefs including Wanjina law, intermarriage and trade.

Because they are related some words are identical in the 3 languages:

In other cases the words are slightly different in 1 of more of the 3 languages.

There are also a number of examples of Ngarinyin, Worrorra and Wunambal each using different words to refer to the same thing. 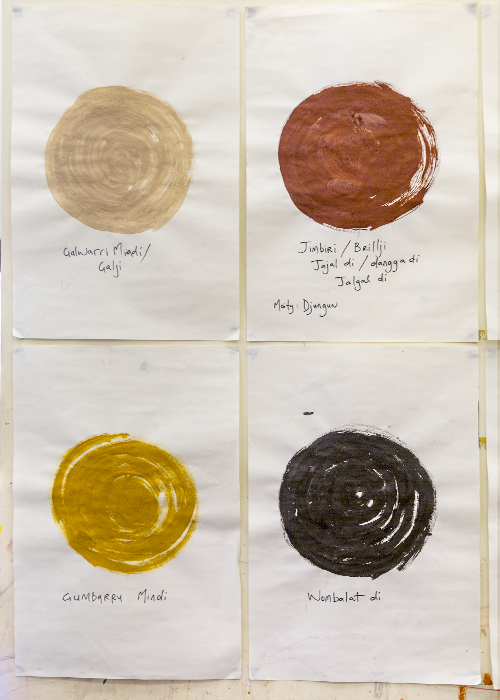 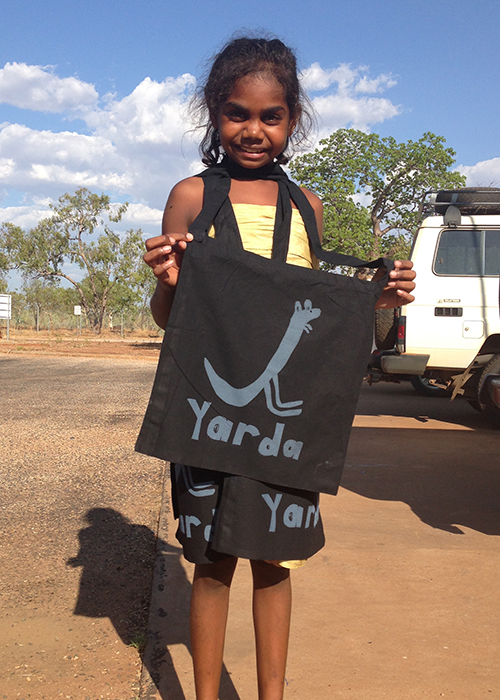